The day began with freezing rain that fell upon thimble-height snow. 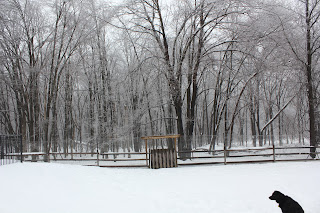 As light filtered through the clouds, branches became slick and shiny.  The trees in the woods behind our house were clearwhite limned, giving the forest a chilled, yet delicate air. 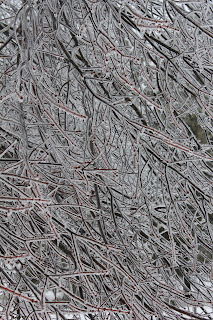 Ice-coated limbs bent sadly with the weight of their cold burden. 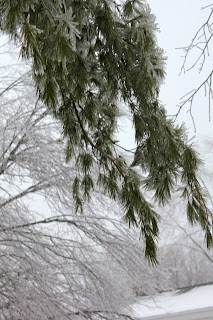 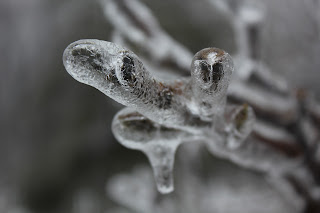 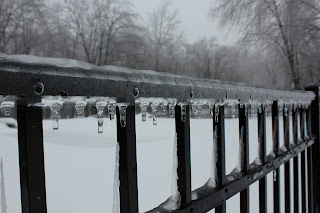 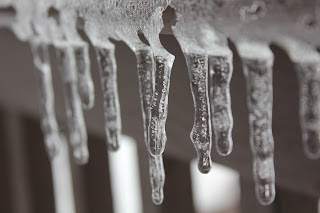 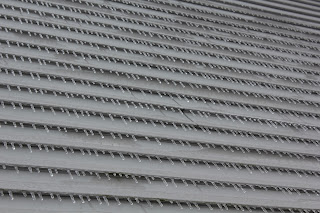 Astilbe, forgotten since the fall, became a miniature landscape of ice-covered blooms. 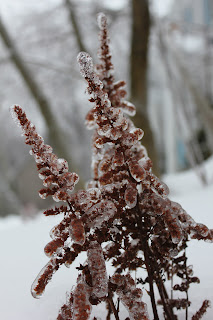 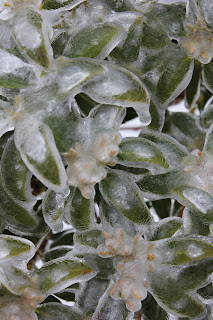 As warmth seeped in between the raindrops, half cylinders of ice, molded from the branches, loosened, and landed in piles of shards. 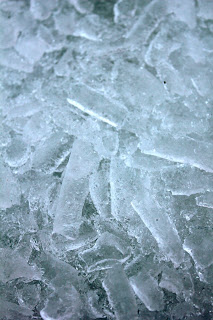 Twigs and larger branches whose strength was tested but fell short, lay scattered beneath trees that began to stand taller as they shed their icy skin. 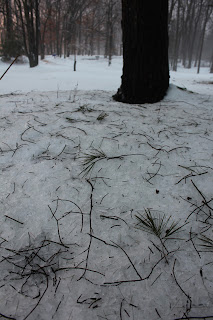 Later in the day, the soft sound of rain was interspersed with harsher sounds of limbs breaking, ice shattering, branches crashing onto the coated snow. Hollow pops and sharp reports, brittle clanks and tinny clangs resounded as more ice fell from the trees above. 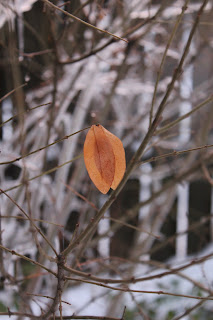 A mist grew up from the ground, as the sun appeared low in the sky, masked by the fog, yet providing a fiery orange glow to the landscape. 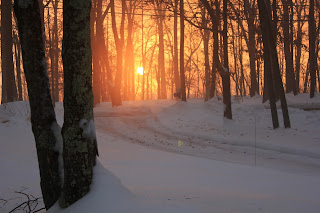 As night fell, most of the ice had gone, with the setting sun illuminating the last of coated branches. 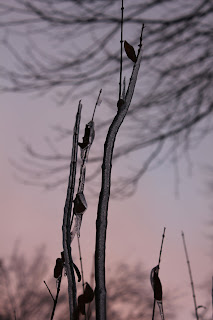 Posted by Life with Dogs and Cats at 8:51 PM