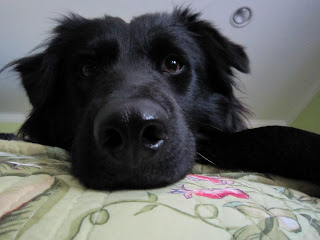 Imagine a small border collie, with glossy, obsidian black fur. Then, shrink her down a bit, so she weighs about 34 pounds. Watch her walk by on soundless paws that make you think she's part cat.  Give her eyes the color of caramels. That's my Lilah, whose name means "night" in Hebrew. 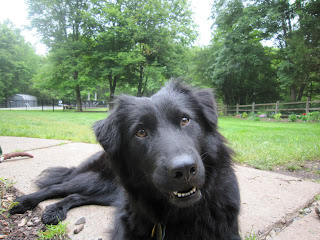 A smart dog, Lilah notices everything, much like Rosie. Once we removed a huge entertainment center from our family room, and when Lilah walked in, she instantly realized Something was Different and it needed to be investigated.  Over the next half hour she walked over to where the unit had stood and stretched her thin frame out to sniff where it was, several times. It took her about an hour or so of inspection and Deep Thought before it met with her approval. Nothing gets by Lilah. 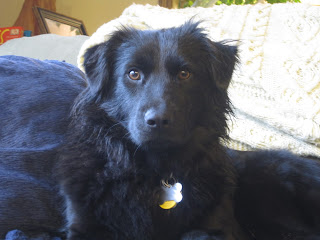 Lilah is playful, and loves new toys, once they've been thoroughly reviewed, of course.  Outside, she'll chase a ball, a frisbee, and nearly any other tossable dog toy, including sticks. She's even brings them back so I can throw them again. Inside, Lilah will pick up a rubber ball or a Kong and throw it, just to watch it bounce. Stuffed toys are no match for her as she excels in shredding though it's more like disemboweling because if there's a squeaker, it Must Be Removed. She also loves a good game of Tug with any of her family members, including Jasper. 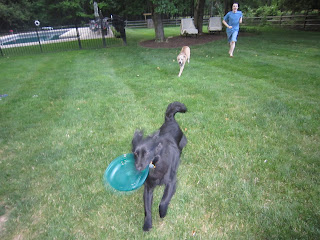 With a sweet and gentle personality, Lilah is quite friendly when she meets new dogs or people.  Unless they're too tall or look different than she expects.  Like if you're wearing a hat, or are carrying Something Suspicious.  Then she'll discuss the situation briefly, and with a treat for encouragement, she'll offer sniffs, wags and kisses. 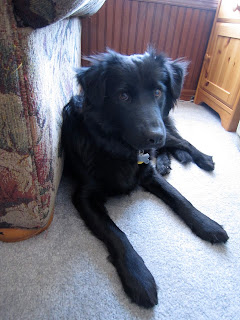 Lilah came to us, along with Jasper, from a kill shelter in Louisiana, through Husky House, and a local foster parent. As best we figure, Lilah was born in April of 2009. When she first joined our family, Lilah was a bit skittish and easily startled. I work with her nearly every day, to help her become more confident; she's done agility training as well, which helped her tremendously. Now we play "Touch it with Your Nose" any time there's something new and possibly Scary, and she's become very very Brave and much more sure of herself. She's a happy, friendly curious pup now, and very little bothers her--not even the vacuum cleaner! 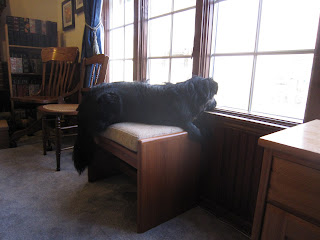 Jasper and Lilah love each other very much, and it is a pleasure to watch them together. Their favorite toy is each other, and someone always seems to be reaching out to grab a foot or gently nip an ear or mouth each other's muzzle. There is often much discussion over toys and bones, as the other dog always has The Best One. Sometimes they'll both chew on the same bone simultaneously, even if there is another bone that is exactly the same only inches away. She's the older sister to Jasper, and sometimes plays the mom as well, washing his face in the morning and bringing him toys or bones when he's bored. She's the thinker and the planner of the two of them, with beauty and brains. 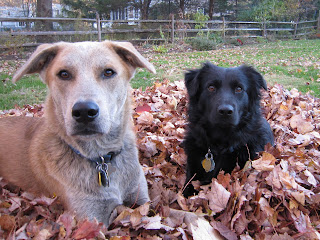